Everyone in your company has ideas. They might not have them immediately, but perhaps they hear something that someone else suggests, and it makes them think or something. Danny holds brainstorming sessions often, just as many other companies do. But, there are some workers, truly intelligent, talented, gifted, experienced and more that maybe don’t feel comfortable suggesting something at every brainstorming session. That’s why it’s so important to cultivate an environment of ego-free brainstorming at your business. 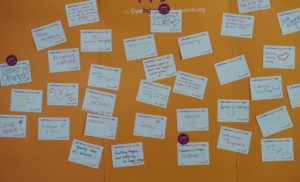 You’ve probably heard that phrase before. It’s something that’s said in a brain-storming session to get everyone to “open up” and “feel comfortable.” The truth is, however, you have to do more than say it. You have to internalize it. If someone feels that they could receive any kind of negative response to just throwing something out there, then they’ll be less likely to do so.

That’s even true if you decree that “everyone has to contribute something.” Sure, you may get more people speaking, but you won’t get them thinking. Instead, you’ll get everyone thinking of exactly one thing they can say and then tuning out. What you want, and what Danny carefully cultivates, is an environment where everyone feels comfortable saying something that they’ve thought of.

Being Supportive of Ideas That Don’t Seem Great at First 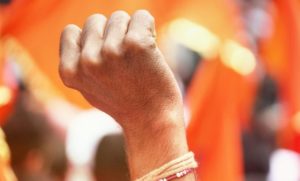 Sure, when everyone is throwing out ideas, some of them aren’t going to be great. That’s the nature of ideas. But, the idea is to support employees just throwing out something even if it doesn’t seem like it immediately solves the problem. It could be that just by throwing it out there, it jogs the mind of someone else so that they can then solve the problem.

Alternatively, an idea that doesn’t seem so hot in a brainstorming session might end up being very useful later on. How often have you come out of a brainstorming session with ideas you think are great, begin to develop and implement them, only to find that they aren’t feasible? In that case, you may go back to the ideas that didn’t seem like winners only to discover that they were the answer all along.

One thing we can tell you: every idea, every suggestion is another step forward.

For improving your marketing, your company culture, or anything else, you can schedule a remote marketing consulting in Los Angeles session with Danny at (213) 457-3250. Reduced pandemic pricing is still in effect.