When a business owner sits down to figure out exactly how they want to market their company, they often think: “how can I show what’s best about my company?”

That makes a lot of sense. After all, your company does what you do well. You take a lot of pride in that. Consequently, you want your potential customers to be aware of what you offer.

Another part often involves thinking: “how can we minimize what’s not great about our company?”

But, remember that what might not seem like something you’d want to highlight about your company could be that which lets you stand out.

A Provocative and “Beautiful” Ad

Burger King (which, yes, we are mentioning for the second time in a week and no, we don’t write these blogs while hungry) had a very interesting ad back in February.

They did something completely unexpected:

They showed one of their Whoppers covered in mold.

Yes, you read that right.

However, the goal was to show that’s what makes them better than their competition.

This means that a McDonald’s burger wouldn’t mold like this, as it couldn’t.

As a Burger King Whopper lacks those preservatives, this can happen to it.

Now, there were complaints. Some people found the ad disgusting (understandably so) but, it got its point across.

Certainly, you’ll remember the ad. We did. (You’ll also notice we didn’t post a pic of it here, as we aren’t sure when you’re reading this, if you’re at lunch, etc.)

There’s a lot to learn here for your company. 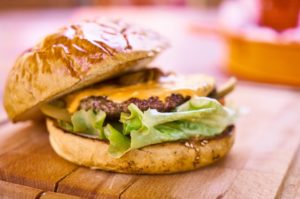 What’s Unexpected that You Could Show Off About Your Company?

That’s not to say that you have to do something as provocative as the Burger King mold ad.

But, there might be something about your company that worries you or is a concern. Sure, you may want to avoid it in your marketing.

However, you may also want to ask yourself: “Is there something about this that we can use to highlight what’s great about us?”

“Is there a deeper truth about what we have to offer beneath this?”

That could be one great way to stand out from the rest.

This is just one of the many different topics that Danny could cover in one of his marketing consultations, along with digital marketing and anything else. To schedule a meeting at a reduced price, call (213) 457-3250.