If you’re like us, you’re probably tired of hearing the word “pivot” at this point.

You’ve probably heard it often in regards to digital marketing and branding during COVID-19.

The idea is that you change your marketing to better help people right now.

Odds are, if you’re still in business and doing well right now, you did pivot. Or, perhaps your company was always well-positioned to help folks during this time.

As important as “pivoting” is in marketing, it’s important to “pivot” when you have to in all aspects of business. 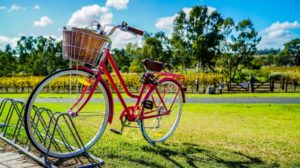 That line has been used in many industries, screenwriting among them.

The idea is that people are paying to see the stars. So, when it comes to the big, important lines, you give them to the stars. Exposition, facts the audience has to know, and so forth, they can be given to less well-known actors and actresses.

The same holds true for your marketing.

Schwinn bicycles are recent examples. Around for more than a century, “Schwinn” is one of those companies (like Xerox) whose name actually serves as a stand in for their product.

Schwinn really did well when the pandemic hit.

Bicycling is a perfect way to get outdoors more, socially distance, all while exercising.

However, even a company this successful during this time pivoted.

They didn’t pivot their marketing or branding, of course.

Rather, they pivoted when they used the bulk of their marketing money.

“Schwinn has shifted some summer marketing dollars to later in the year.”

As the President of Pacific Cycle, a division of Dorel Industries, owner of Schwinn, put it: “There’s no sense in doing a lot of marketing when people can’t buy products. That will serve us better and not frustrate customers.”

There’s a lesson here for your company. 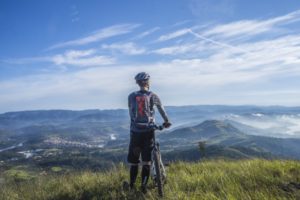 Schwinn realized they were doing well.

But, they didn’t want to risk burning out their customer base (to say nothing of their marketing budget) too early.

So, they shifted some to a later time, in hopes of making more money over time.

To see how your company can succeed during this or any other time, schedule a remote marketing consulting session with Danny. You can do it for reduced prices at (213) 457-3250.