One thing that Danny Star preaches and the team listens to is: “look to the positive.” In difficult times (and really, in any time) being optimistic and positive can help.

That said, you don’t have to be exclusively positive.

In fact, sometimes it’s not the right tool for the job, so to speak.

For example, earlier in the pandemic, many “positive” ads started with something very negative. “We all understand how tough this time is,” the voiceover might say, over images of people struggling, and so forth. Ads would start that way, and end with some uplifting message.

That’s not exactly what we’re talking about today.

You can probably think of “negative” advertising that’s been very effective. Political ads come to mind. For some people of a certain age, you might even remember “Genesis does. Nintendo don’t.”

We thought of that when we came across this interesting blog post today.

You can take a negative approach, but you have to do it the right way. 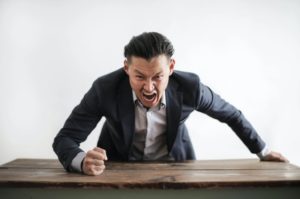 Even if You “Go Negative,” Make Sure We’re Rooting for You

Think of the movies and TV shows you’ve seen where the hero has to do something extreme, nasty, or even wrong.

Most of the time, the villain/bad guy is set up to be even worse.

That’s something you have to do if you’re engaging in negative marketing.

If you’re going to set yourself up against an issue (global warming, for example) or a competitor, make sure you define them (or they’re defined) as being wrong.

Maybe your competitor offers a service that isn’t as good as yours. Perhaps they charge more for something than you do. You can point that out, even in a negative fashion, and the audience/potential customer is still “on your side.”

You might see many companies do this by not explicitly naming a competitor. Rather, they use the nebulous “competition” or something similar, allowing you to fill in the name. That can be an effective tactic, too. 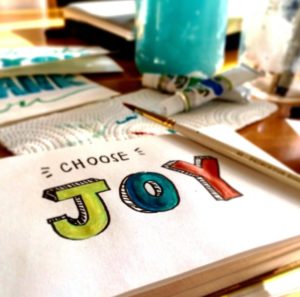 Reflect back on the times that you’ve seen someone make fun of someone else. Maybe it was in a group of friends, or even work colleagues.

You know what it feels like when someone does it in a way that’s gentle, that’s “ribbing,” or “just teasing.”

By that same token, you know what the opposite is, too. When someone says something that “goes too far,” is too mean or harsh.

Obviously, when it comes to negative marketing, you want to do the former and not the latter. If you’re too harsh on your competition, it’s going to turn people off.

You probably don’t want to use negative marketing too often. Every brand is different, and there are those that will best be served by something brash or even edgy.

But, for that to be most effective (and not limiting or even detrimental) it has to be done right. That’s just one of the ways that Danny and the team can help. To schedule a remote marketing consulting in Los Angeles session with Danny, call (213) 457-3250.