Produce. It’s good for you.

Fruits and veggies should be a part of your daily diet if not your every meal.

Plenty of them taste good and, even if you don’t like their taste, there are ways to make them taste better without making them less good for you.

(Of course, we absolutely understand that there are plenty of foods which taste better than fruits and vegetables to most.)

“Ugly” or “imperfect” produce is “having a moment right now,” to use the popular phrase. As Danny Star and the team were reflecting this morning, there’s a lot your company can learn from that. 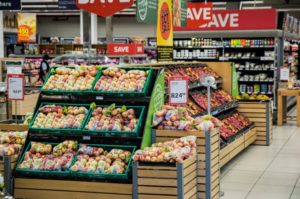 Be Honest and Work With What You Got

“Up to about 30% of farmers’ crops are deemed unfit for sale in supermarkets because they don’t meet aesthetic standards.”

(The study did not define the word “wonky” in this context, but, I believe we all have some idea what it means.)

To be clear, “ugly” fruits and vegetables taste the same. In fact, odds are before you eat them you’re going to cut them and/or cook them in some way, so you probably won’t be looking at their “ugliness” for long.

The takeaway here is that honesty can connect you to customers.

People know that “ugly” veggies are ugly. They get that immediately. By you stating it and calling it out, it shows that you aren’t trying to hide anything or “pull one over” on someone.

Indeed, as the article goes on to say, “research found that ‘ugly’ labeled produce was significantly more likely to be picked up than produce described more generously as ‘imperfect.”

Word choice is important here. Saying something is “ugly” can make someone want to defend it, want to buy it then. In a roundabout way, it’s marketing with empathy.

For more help with this or anything else related to growing your business, you can schedule a remote marketing consulting in Los Angeles session with Danny Star at (213) 457-3250.