Not many of us on team Danny Star watch NASCAR. (Frankly, I don’t think any of us do.) However, we’ve all heard of “The Intimidator,” Dale Earnhardt.

This recent article showed just how successful he was. Not just on the track, but also in his marketing.

The fact that we, people with only a vague understanding of NASCAR, were aware of his brand says quite a bit.

There’s plenty that your business can learn from how The Intimidator went about marketing his business. 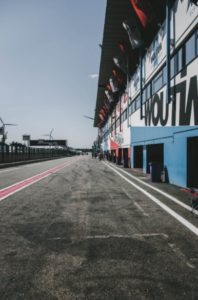 Almost Anything Can Be an Opportunity

That said, don’t let that competition get in the way of a business opportunity.

As the article says, “some of Earnhardt’s biggest deals were joint partnerships with the drivers whom he slammed fenders with on track in feuds that built his sway.”

Indeed, “While Jeff Gordon’s rise threatened his victory totals, Earnhardt viewed the emergence of a young championship foil as a vehicle for building interest in NASCAR, and they entered business and real estate ventures together.”

Now, that’s not to say that you should immediately go out there and jump into a business partnership with your biggest competitor.

But, working with them where you can could be mutually beneficial. For example, during the pandemic, plenty of companies that compete in the same industry have partnered up for charities, fundraisers, and the like.

That way, you can both build your brands while doing some good out there. 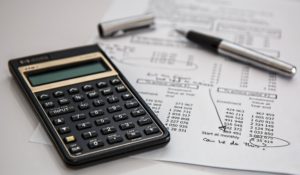 It’s been said that “When (Earnhardt) came to the office, he wanted to know how much money we made last week and what did we plan on doing this week. The minute the helmet was hung up and Monday morning came, it was, ‘how many dollars of souvenirs did we sell? What was our gross profit, revenues, and expenses? What did we net?”

Your company may not have a globally-recognized brand in a world-famous motorsport.

But, you do have analytics.

You do know exactly what your reach is, who it’s reaching, and so forth.

Utilizing those analytics properly can help your company to grow bigger than you ever could’ve imagined.

For help with exactly that, you can schedule a remote marketing consulting in Los Angeles session with Danny Star at (213) 457-3250.