Most cliches and ancient phrases come from something, a deeper meaning.

One of our favorites here on Team Danny Star is “leave no stone unturned.”

Essentially, it means “do everything you can work,” “work very hard,” etc.

It has particular resonance when applied to digital marketing.

Allegedly, it comes from an ancient Greek legend.

The idea is that “a general buried a large treasure in his tent when defeated in battle.” So, “those seeking the treasure consulted the Oracle of Delphi, who advised them to move every stone.”

The idea was that you wouldn’t find the treasure just on the land, rather, you had to work for it. You had to keep working. Even if you came across a stone that looked like it wouldn’t cover the treasure, that might be the one with the treasure under it.

There’s a lot of meaning here for your company. 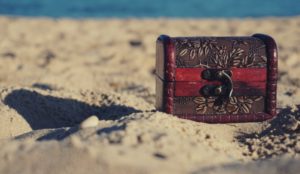 That perhaps does not roll off the tongue quite as smoothly as “leave no stone unturned.”

But, it’s an accurate description of how so many companies approach their digital marketing.

As this article states, “on average, marketers are using 21 marketing platforms to reach customers.”

Now, that’s not to say they’re putting the same emphasis on all of those platforms. Some are obviously going to be more cultivated, more tailored to than others.

Additionally, that doesn’t mean that every company, to reach all of their customers, has to be on at least 21 (or even six) platforms. There are some companies who are going to have a majority of their prospective customers clustered on a handful of platforms.

That said, 21 platforms sure is a lot of unturned stones.

Beneath at least a few of them can be real treasure.

For help with this and just about anything else related to growing your business online, you can schedule a remote marketing consulting in Los Angeles session with Danny Star at (213) 457-3250.