“We’re trying to put our business ‘where the people are.”

“We’ve been following the numbers and going where the customers are.”

In theory, that’s a great idea.

After all, you want to put your business in front of as many of your potential customers as possible.

Yet, as Danny Star sometimes points out to potential clients, like so much else in digital marketing, you have to be careful.

You want your business in front of potential customers, sure, but you also want to make sure that you’re getting “the most for your money,” too. 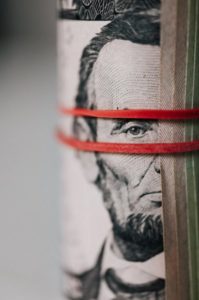 Spending on Digital Ads Where People are Likely to Spend

The team thought about that today when we read this article “YouTube Rises to Number 1 App by Consumer Spend.” What that means, as the sub-heading says, is “users spent more on in-app purchases in YouTube than in any other app in the first quarter of 2021.”

Later in the article, it asks the question “what are people spending their money on (on YouTube?)”

Well, it turns out that the report “doesn’t get into the granular details of specific in-app purchases, but there are a number of ways to spend money within YouTube.”

Then, it mentions “YouTube Premium,” “Channel Memberships,” “Super Chat,” and “Super Sticker,” just about all of which reference “specific channels” and “creators.” The only that doesn’t, “YouTube Premium,” is “a monthly subscription that removes ads on all videos.”

So, it’s entirely possible that making a bunch of YouTube ads for your company could actually give you very little ROI.

Indeed, so much of what Danny Star does is to tell companies where best to spend their money. To schedule a remote marketing consulting in Los Angeles session with Danny, call (213) 457-3250.