Ther“With our customers coming out of the pandemic, we don’t know what to do. It’s not like there’s some way to draw from history for this.”

That’s a common concern, one that Danny Star and the team hear often.

It’s a legit worry, too.

That said, there is something that you can draw upon from the past to prepare for the present and future: the Great Recession.

Danny and the team here are very cognizant of that. After all, our company was originally started in the depths of the recession. 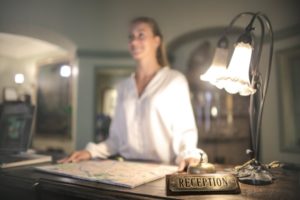 An Example from the Hospitality Industry

We read this great article called “Hotel Marketing – What Separates Winners from Losers?”

The article goes into a study that was conducted during the 2008 crisis.

For us, perhaps the most interesting line is the one at the end of the first paragraph.

“Do you want prospective customers to remember you when ‘Revenge Travel’ strikes?”

Context clues suggest that “Revenge Travel” means: “people have been cooped up, and now they’re going to go out and explore the country.

However, regardless of your industry, you could replace “Revenge Travel” with “Revenge…” well, anything.

Revenge going to the movies.

There could even be revenge plastic surgery.

In this case, the “revenge” isn’t against a person, exactly. Rather, it’s revenge against the pandemic, against having been cooped up for so long.

For so many companies, this is the time to strike, to increase your marketing, to really go for it.

For help with that and so much else related to growing your business, Danny Star is here. You can schedule a marketing consulting in Los Angeles session with him at (213) 457-3250.