“We want to do something really outside the box. Something creative! Something that really shakes people up.”

Every now and then, but not all that often, we get a client who tells Danny Star and the team something similar to that.

A big, showy, unique ad can go viral in the best way. It can define a brand, reach a whole new audience, and rocket growth.

Or, alternatively, it can fizzle. Worse, it can actually harm the brand, making them look too insensitive, odd, unfeeling, and more.

While every company is different, there is one circumstance within which it may be worth it to really “go there” with something out of the box: 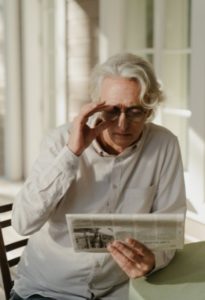 You Know Exactly, Exactly Who You’re Marketing To

If you do, if you know them down to their bones, then you can get away with a big, wild campaign.

A great example of this comes from Alaska Airlines.

During the pandemic, you may have heard of the “Hype House.” It was a home in the Hollywood Hills where a group of 20-somethings lived in a collective and posted frequently on TikTok.

Alaska Airlines’ idea (and it seems like a very fun, well done one) is to have a “Boomer Hype House.”

The idea is that the “Baby Boomer” generation, (those born between 1946 and 1964) will want to get out of their homes and travel after being vaccinated.

So, the ad campaign will parody 20-somethings partying with those who are much older partying.

Why is this such a good fit for Alaska Airlines?

Because, as that article says, “Seattle-based Alaska Airlines tends to have an older customer base,” that “maybe just ignored (by the industry) in a way that’s undeserving… This felt like (Alaska Airlines’) opportunity to shine light on it a little bit. We wanted it to be more playful and not us boomers as a derogatory term, but as a term of endearment, and it’s a special group.”

So, Alaska Airlines could do this special, out of the box campaign because they knew exactly who they were targeting. Moreover, they knew how to do it in such a way that would be endearing, and not derogatory.

For more help with this or anything else related to growing your business, you can schedule a remote marketing consulting in Los Angeles session with Danny Star at (213) 457-3250.