If that sounds like a big deal, it is.

Sure, there are plenty of folks on Bing.

But, there’s only one Google.

When it comes to folks finding your business online, there’s Google, and then there’s everyone else.

So, making sure that your business is constructed in such a way to take advantage of these “broad core algorithm updates” is critically important.

That’s exactly what Danny Star and the team have done here for many years.

In fact, they’re so big that Google couldn’t get them all done in June.

So, they’re going to release more of them in July.

If it sounds odd that they’re releasing two updates this big essentially back to back like that, it is.

This can be nerve-wracking if, like so many other businesses, Google’s important for your business.

However, there’s one important thing to keep in mind. 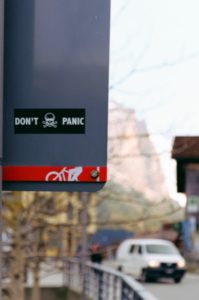 What to Do During This Time

First: make sure you can’t take advantage of all these changes.

If, like many, you see a drop after June 2nd, it doesn’t mean that you’re in real trouble.

Rather, it could just be “noise,” so to speak.

After all, the July update will be here very soon.

It’s entirely possible that you could see a drop now, only for all of it to come roaring back when the July update hits.

Of course, the opposite holds true as well.

Should you see a big increase right after June 2nd, it doesn’t mean that you’re the new Digital Marketing Expert.

Rather, it too could be that noise.

Then, there will be a “regression to the mean,” so to speak, in July.

As with just about anything else in business, “don’t panic” is the order of the day.

For more help with growing your business, you can schedule a remote marketing consulting in Los Angeles session with Danny Star at (213) 457-3250.