Does it feel like even when your marketing “hits,” it doesn’t seem to last for all that long? Have you felt like your brand just isn’t as strong as it should be (even though you have a really good brand?)

Even the richest, most successful companies in the world have gone through at one time or another.

So often, what Danny Star recommends is about “looking at your analytics.” That way, you can see what’s worked, what hasn’t, and then adjust what you’re doing accordingly.

Too often, however, folks take that to mean “throw out what wasn’t working as well entirely.” That’s not always the best idea. 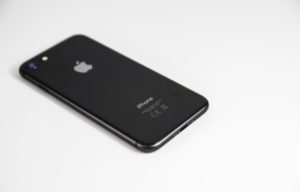 This occurred to the Contribution Team when we read these two articles today.

One, from a B2B company based in the UK, takes the (somewhat contrarian) view that “you almost certainly do not need as much new creative (marketing) as you think. The idea that creative (marketing) wears out is a myth. In fact, saying the same thing over and over again is how you make your brand more memorable.”

Then, the writer uses examples like Coca-Cola, which has been using the same Christmas ad in the United Kingdom for “27 years.”

Another article points out that companies like Apple, IBM, and Microsoft, true behemoths, invested in their marketing when they were struggling.

Then, in one form or another, they jettisoned or otherwise decreased their marketing budgets. In turn, this leads to either stagnation or products not selling as well as they should.

You might read these and think: “OK, but my company can’t use the same ad for decades, nor can we afford to invest so much in marketing all of the time.”

For example, while your company may not be Coca-Cola, you can reuse certain ads and content. In fact, with so many platforms available now, you can recycle it into blogs, videos, podcasts, tweets, and more.

Outsourcing your marketing can be a great alternative to having an in-house team for years and years on end.

For more advice on growing a brand that gets big and keeps going, you can talk to Danny Star. He’s doing remote marketing consulting in Los Angeles sessions at (213) 457-3250.