“OK, our website is down. But, it’s late, it’s really early in the morning. We’ll fix it tomorrow.”

Have you or someone at your company ever said anything like that?

Indeed, that’s the kind of thing that Danny Star and the team here tend to catch rather quickly. As soon as we realize that something, no matter what it is, has caused one of our clients’ sites to go down, we get to work immediately to get it back up and running again.

We were thinking about that today during our daily reading when we came across this fascinating article.

“Google: Website Downtime Shouldn’t Impact Search Rankings” seems a bit hard to believe at first. “How can a site being down not affect the rankings???”

However, reading through the article, it becomes more clear than ever that, if your website goes down, the best course of action is to get it back up and running as soon as possible. 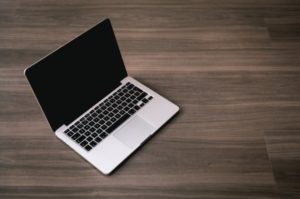 According to Google, You Have Time, But…

If you read through that article, you’ll find the quote “a website will suffer no ranking drop at all until after it’s been down for a few days.”

That may be all right, with Google, of course.

But, it won’t be right with your customers.

Besides, even later the article goes on to say that “if rankings don’t recover after five days of the site being online again… it’s likely a sign of another issue.”

It’s a lot easier, as you might imagine, to find and fix such issues if your site is up and running.

The last header in that article says it best: “don’t ignore the problem.”

Yes, your rankings may be able to survive a few days of your site being down. However, you don’t want your business to have to go through that. Getting your site back up and running quickly (or having someone on your side who can do so) can be a genuine lifesaver.

For more information about growing your business, you can schedule a meeting with Danny Star at (23) 457-3250.